STUNNED BY NATURE, SHAKEN BY TROLLS 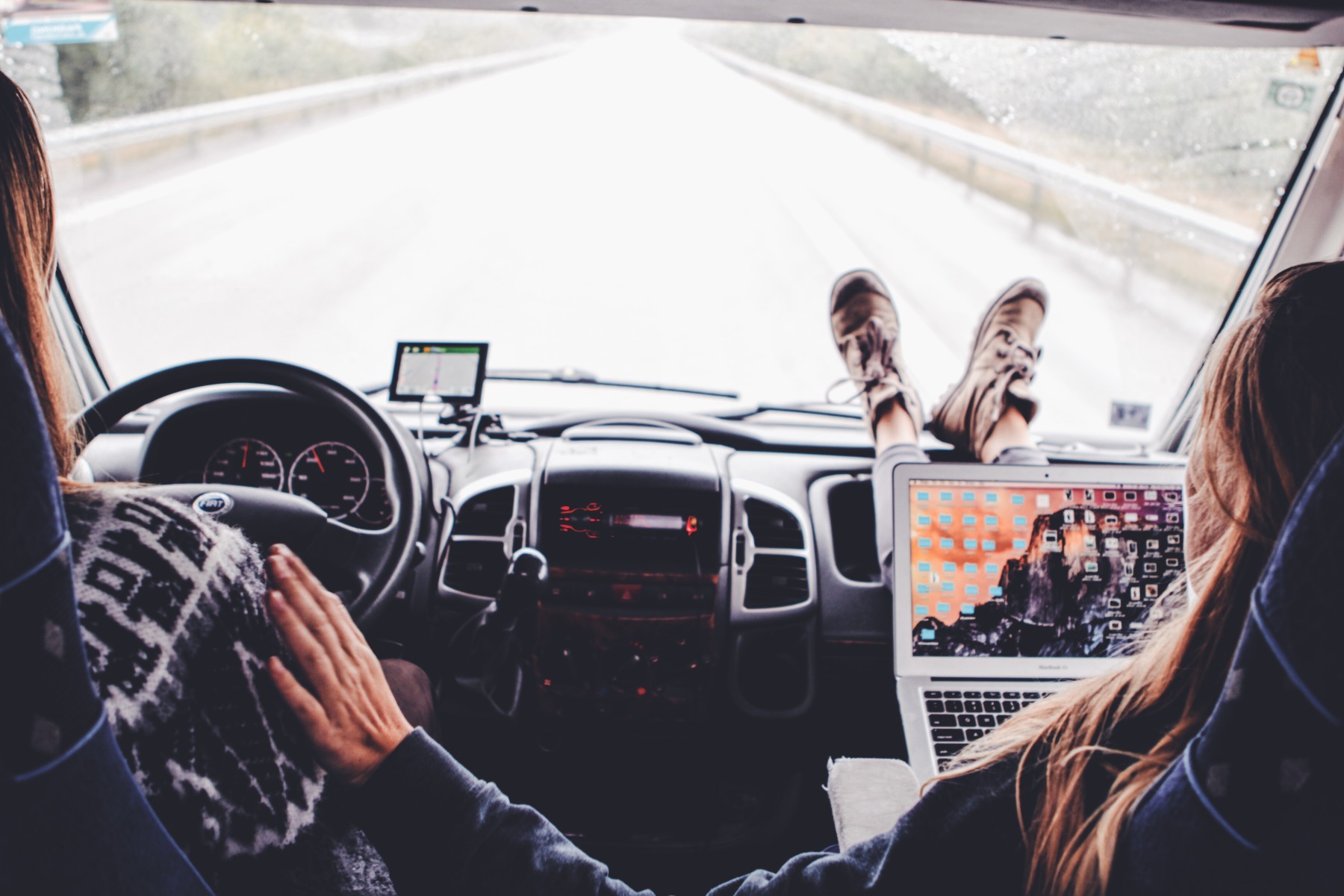 Our male friends did this roadtrip through Norway a year ago, and hit similar roads in France just month before our take off. After experiencing some difficulties with campervan one of the most common phrases they said was: “But what will girls do?”. It motivated us to prove them that we can and we will do.

So, we parked our camper on the ferry, we fixed water pump, we made broken electricity system work again, we changed the gasbag, we fixed the table, we filled the water tank, we drew down one of the steepest serpentines barely using brakes… Half of that we did with our femininity and charm, what made as question: “But what would boys do?”. 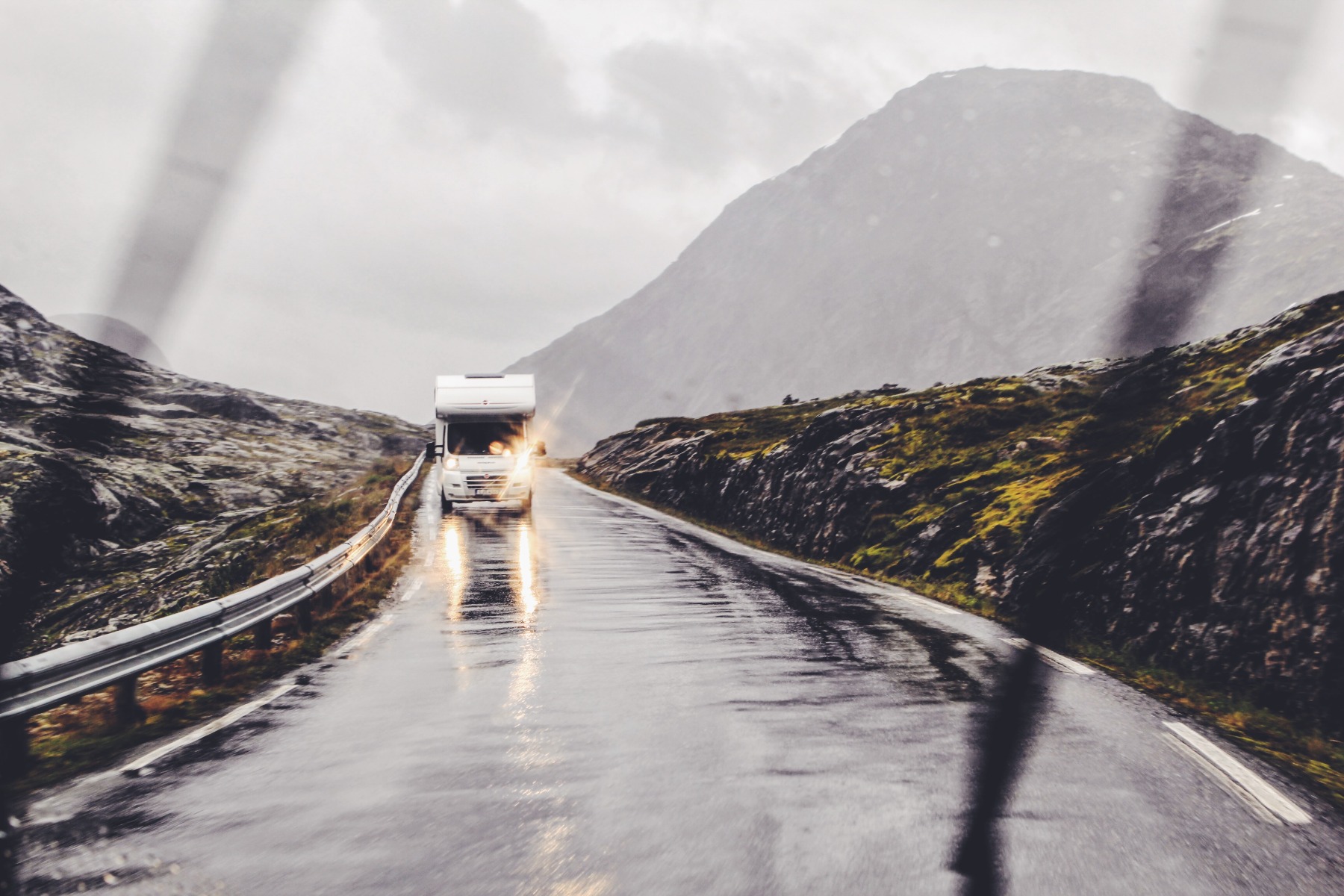 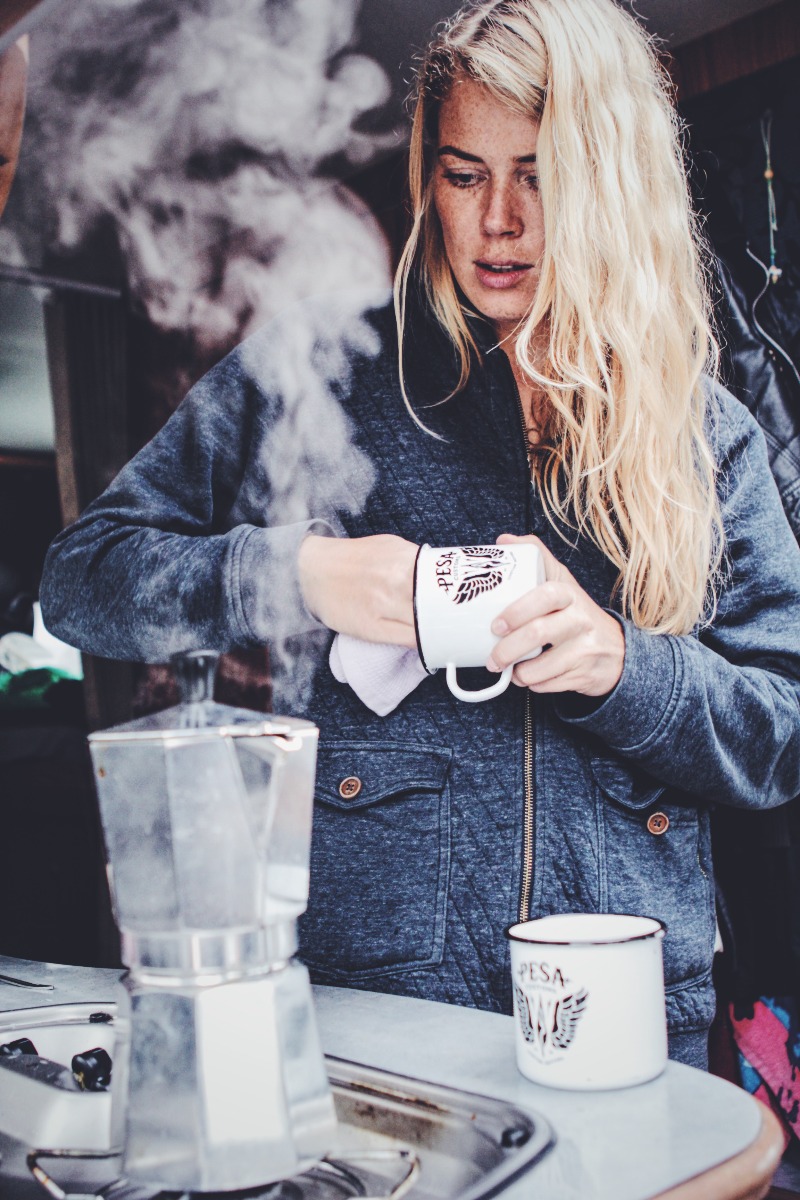 We spent a night in 1000-meter-high mountains in between ice-cold lakes. That’s where we started to believe in trolls because no wind could shake our camper that hard. But we believe that they eat cranberries, blueberries, mushrooms and sorrels from the local woods, just as we do on the road, that’s why we were not afraid. 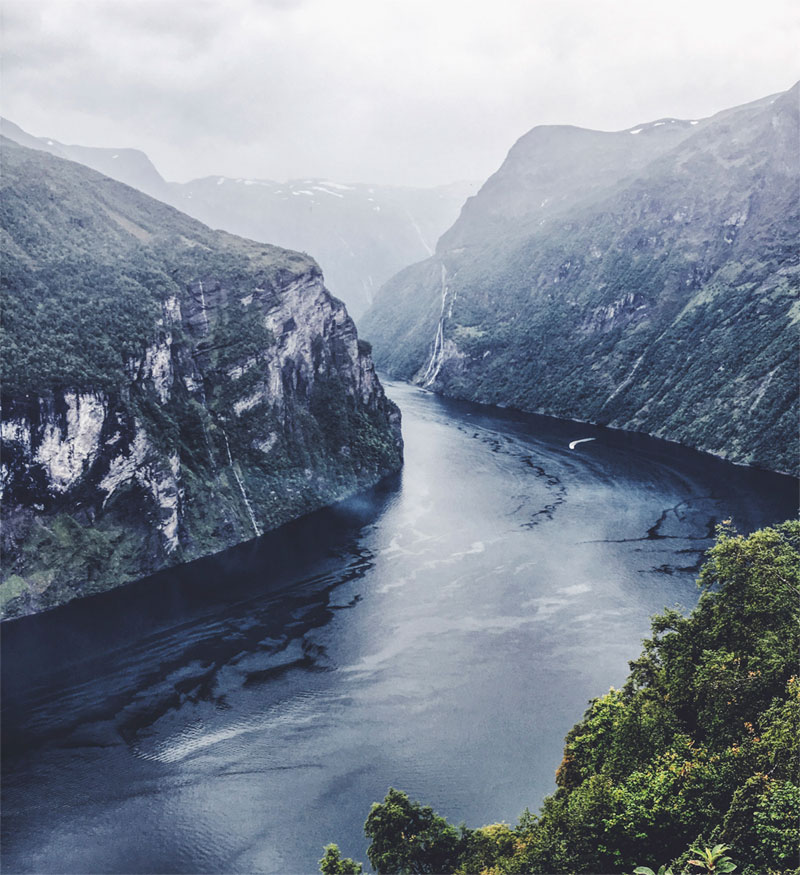 In the last few days we collected 1 500 km of the most beautiful roads we have ever taken. We reached Atlantic road that is named one of the most spectacular roadtrip routes and now we can approve it. We fulfilled one of our dreams – longboarding down this magical road that is connecting several tiny islands in the middle of the Norwegian Sea. And that was only the beginning, later that day we reached the world famous Trollstigen. As gracious and impressive the curvy serpentine labyrinth looked from the bottom, it was even more stunning from the top. 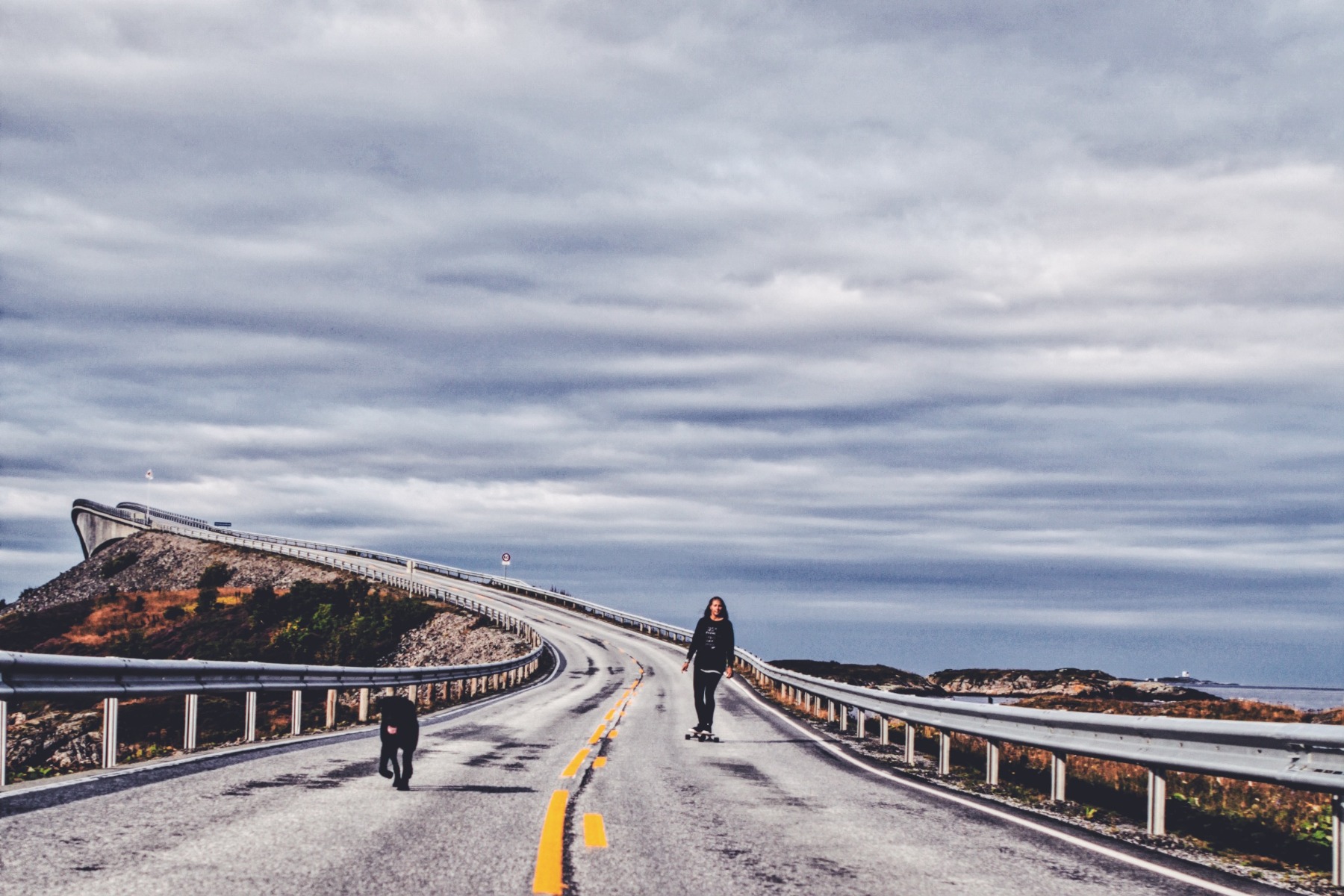 If I can give an advice for every dog owner in the world – travel together. The joy I see in him making his happy run every time we stop in breathtaking places warms my heart so much. And not only mine. I can see other travellers watching him with the smile while he enjoys the muddy puddles and crawls afterwards through the wet grass. 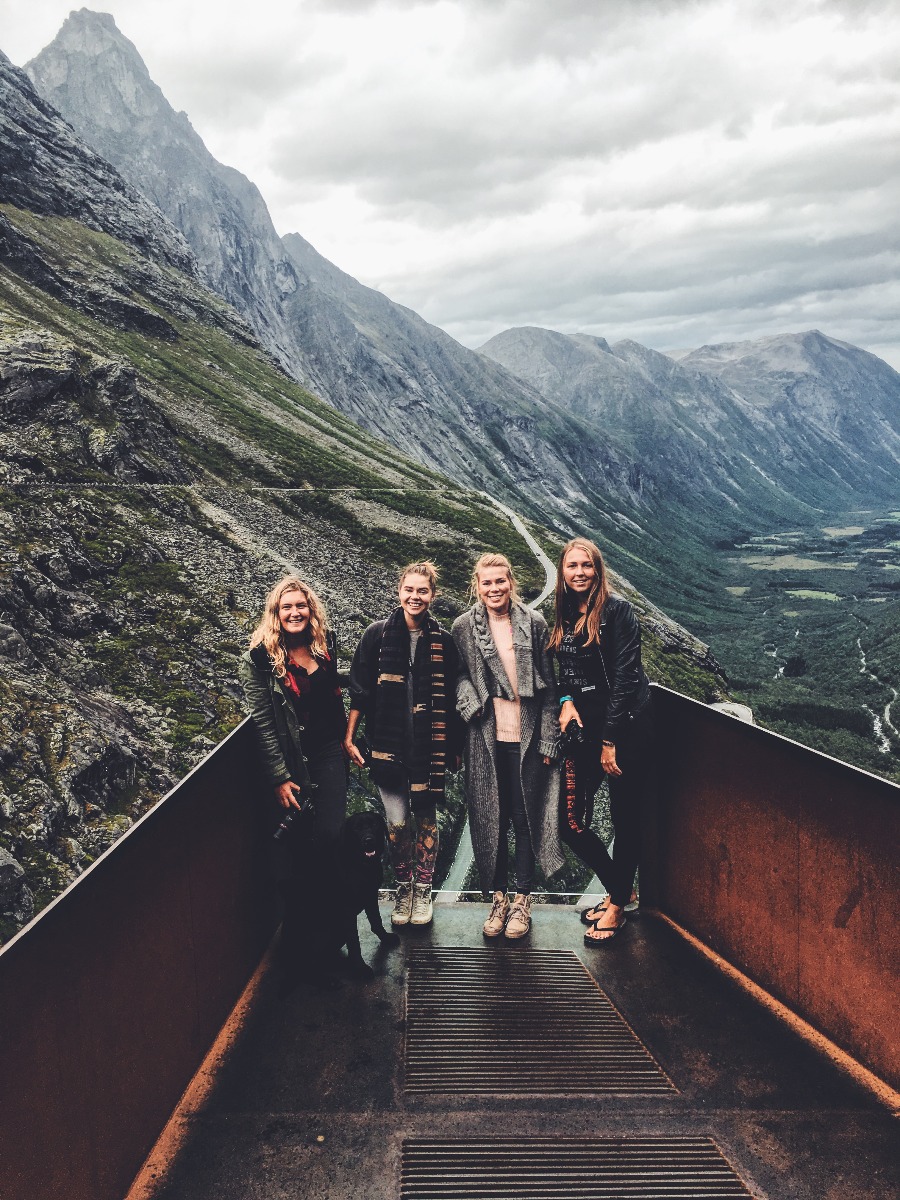 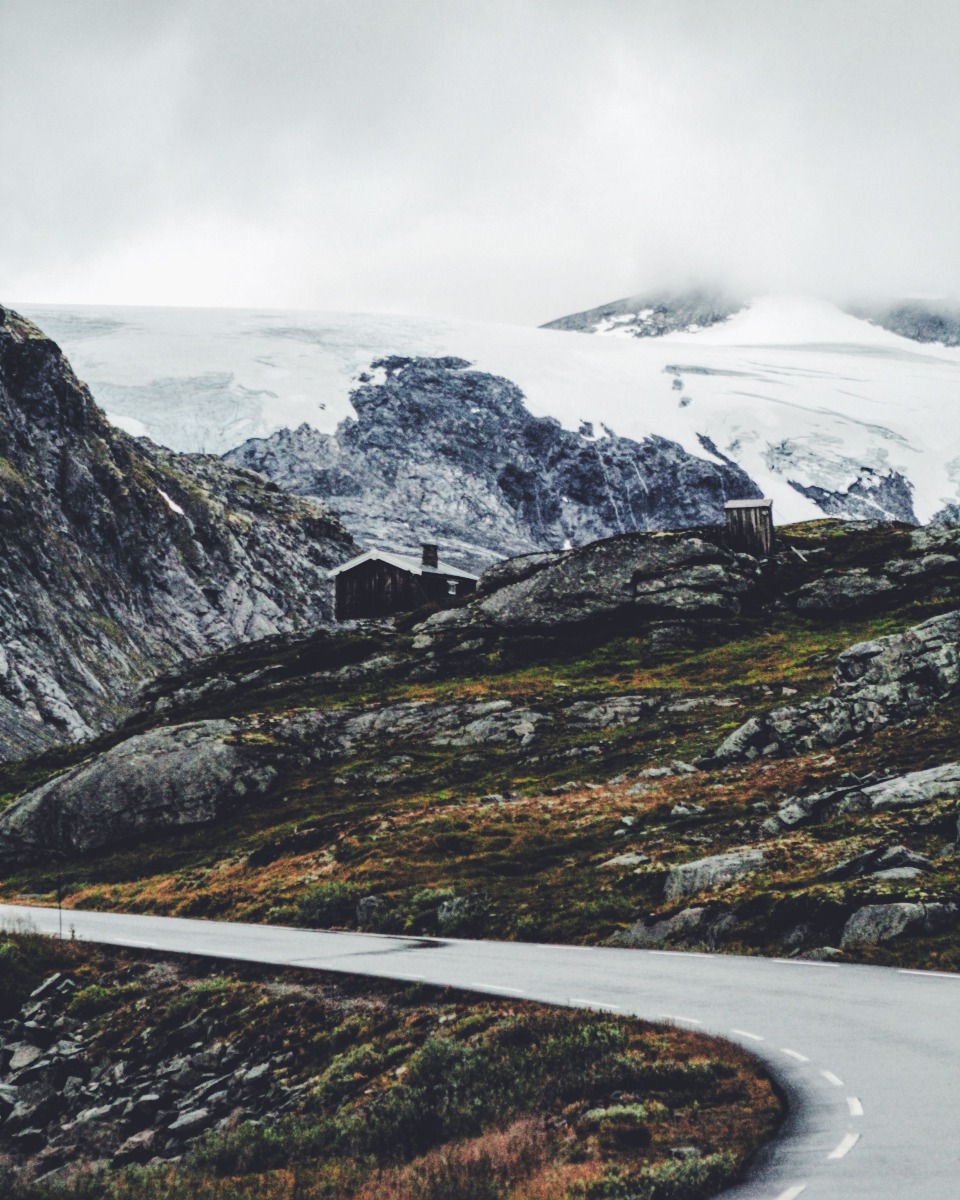 We can’t find words powerful enough to express the majesty and roughness of the Northern nature that is surrounding us on every turn we make. Let the pictures talk.